Bull Bay workshops are currently on hold until 2021.

Please contact us with an expression of interest if you are available next year.

Our last workshop in 2018 was with stonecutter Ian Marr. 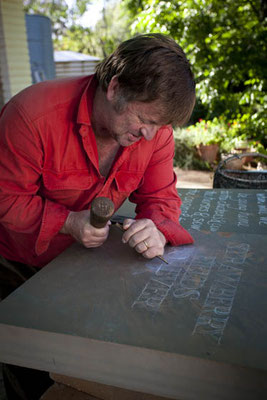 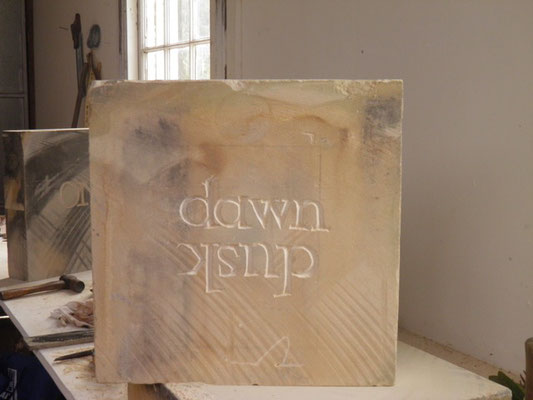 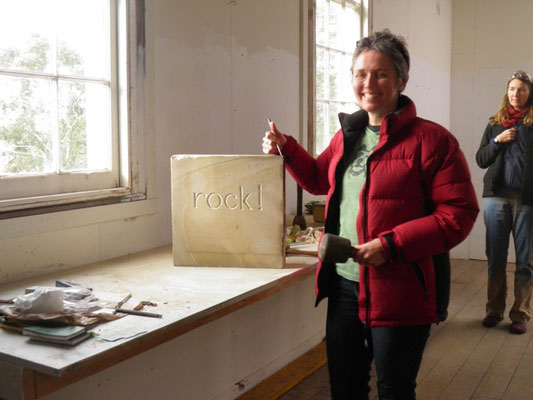 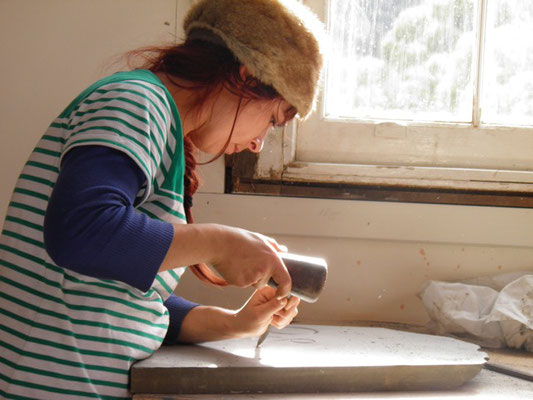 Starting with Joanna Logue and Camie Lyons, Joanna's ethereal landscapes are deceptively so; gritty, textured and hard won on real life inspection. Camie's delicate looping sculptures found a free flowing exuberance after her stay on the farm and we will always remember her toiling up from the beach each day with wire, stones, wood and whalebone, getting more and more excited with each beach-combing expedition.

was a delight to be part of. There is now a stone column on the farm, overlooking Bull Bay and with a carving named Wingman as Icarus on it. it was a collaboration between Ian Marr and Guy Warren. Jane refused to leave her previous farm in Mudgee without the sculpture - it had cost her eight good cows and a bull after all! It was installed last year by the eminently capable team of Hat Hansen and Kenny Marsh.

The final workshop of the year was the stunning combination of Amanda Penrose-Hart and Luke Sciberras.
With attendees from abroad, locally and interstate it was one of the most intense weekends of hard, hard work, great food, wine, new friendships and above all an intense appreciation of this little place.

The results of the 2014 residencies were seen in the very successful group show At Bull Bay that was on from 18 February to 15 March at Despard Gallery in Hobart. Ian Marr's letter carving featured in late April and Joanna Logue and Sophie Cape was in Spring/Summer.

Find all the details here